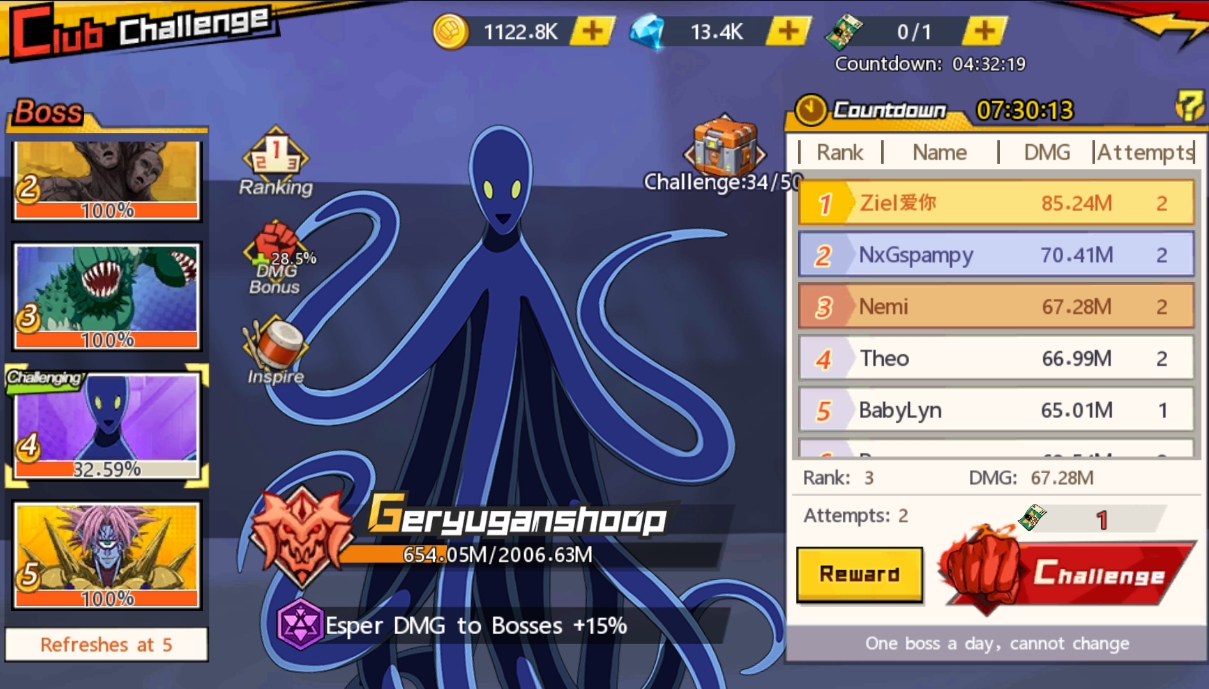 By now you and your club should be farming Geryu or Boros only. If you’re still doing other bosses, change your club.

Core: Genus
CE or Sonic MUST go first and MUST be wearing Suit/Casual set. After taking action, the set will heal them, generating 2 energy from Genus core and then Amai can ult. He must go 2nd so that the boss is injured and BK will start rolling. ZBM can just basic attack.

CE will yield higher overall dps as compared to Sonic due to Berserk.
Also, make BK spd6 if possible so that CE’s berserk buff on him will remain for his 3 follow-ups to maximize damage.

As of now, only do Boros if:

Otherwise it might be better to stick with Geryu for a guaranteed orange for now.

Personally, I’ve been experimenting, and what you want to do is aim to kill Groribas by end of Turn 2. This is very important, you may close the app and retry again if you don’t manage to kill him. If Groribas is left alive after Turn 2, he will ult and corrode you, and that gives Boros an attack increase which will wipe most of your team if you don’t have enough HP – This hits harder than the first time.

Once Groribas is dead, target to kill Geryu by end of Turn 3. The reason is because he can also randomly berserk an ally (Boros included) from his basic attack. Once these 2 are dead, you should be able to survive all of Boros’s aoe, assuming your units have enough HP and ZBM has enough attack for him to heal your entire team to back to full in 2 turns.

An F2P friendly Boros Line-Up. I use TT because my GB is too weak, still works fine for me. You can use most AOE units such as AS, as long as you can trigger the BK follow-up on Grori/Geryu.