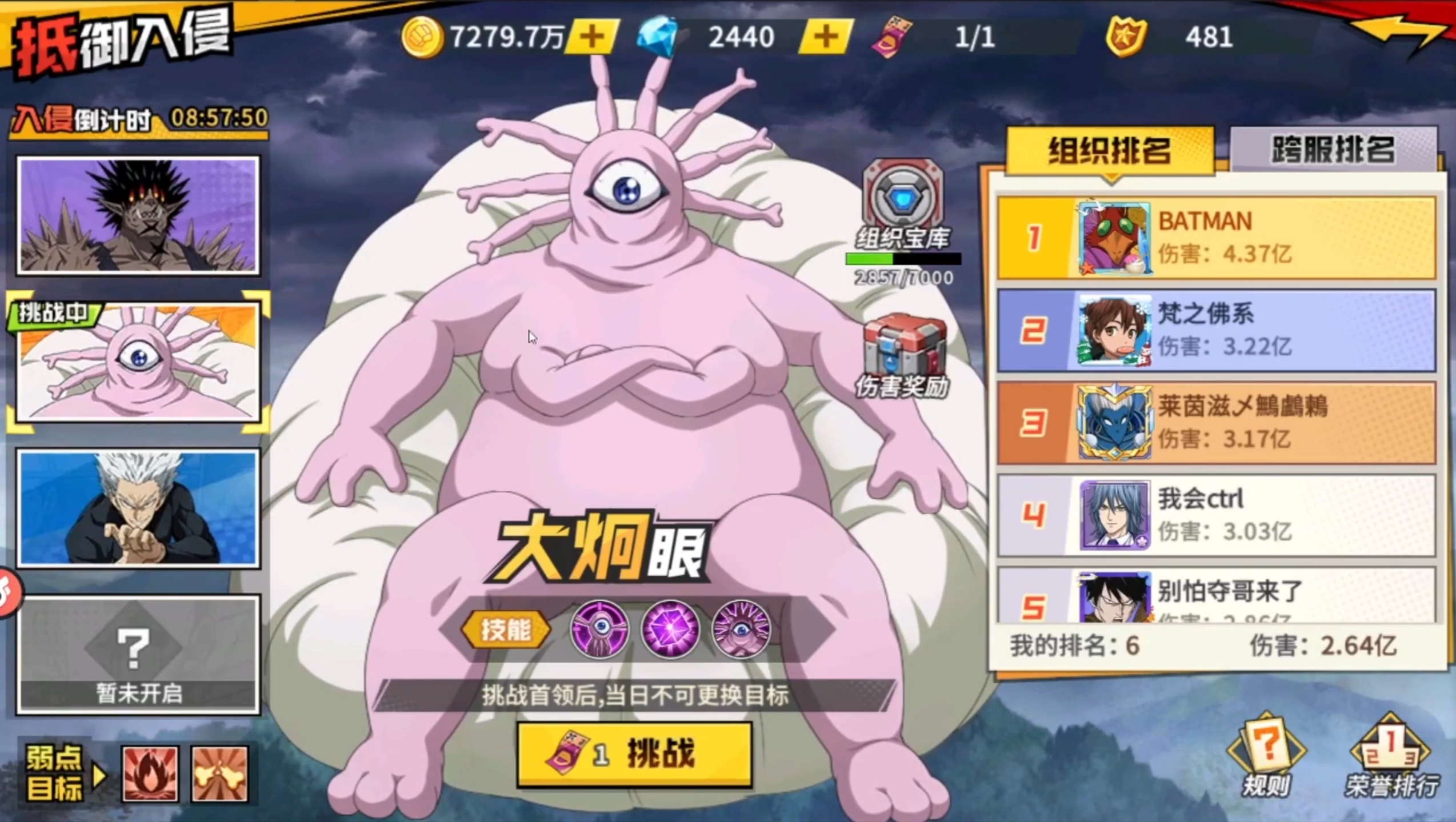 This is another version of Club Boss, where the goal is to deal as much damage as you can. Unlike Club Challenges, these bosses have infinite HP (which solves the issue of bosses dying too quickly so no more need to cap damage to 70m like Geryu!).

There are 3 bosses we know as of now – Gouketsu, Gyoro-Gyoro and Garou – each increasing with difficulty of course.

It is similar to the past events boss challenges where you need to ‘weaken’ the bosses in first few rounds by applying specific debuffs. The higher you can apply the debuffs, the more you weaken the boss, such as reducing their tenacity effects etc, but it’s not critical to get 10/10, just try your best to get the highest.

You’ll get to select your lineups for the 3 teams before the fight, so plan carefully at the start. Once you get the lineup down, you can just skip for subsequent runs.

There are a couple benefits to hitting a higher level boss, you get more points that contributes to the club vault which would be opened after a certain amount of points are accumulated. When the vault is opened, the entire club can open chests to obtain gears/buff gears. You also obtain more buff gear materials with each attempt, 30 faction materials and 30 class materials from Gouketsu versus 50 faction materials and 50 class materials from Garou per attempt. Hit higher bosses for the entire club to benefit together.

If you don’t have any of these, swap accordingly with what you have from the list below.

If you don’t have any of these, swap accordingly with what you have from the list below.

Your main team that will be used in Round 3 to deal the most dmg.

After each boss attempt, you get buff gear materials, some gear cards and gold.

Similar to Club Challenge, you also get a chest based on how much damage you deal, which has the new gear sets (Gunner/Magic/Flash).

After accumulating a certain number of points, the club can open the vault, which rewards with more gears/buff gears.