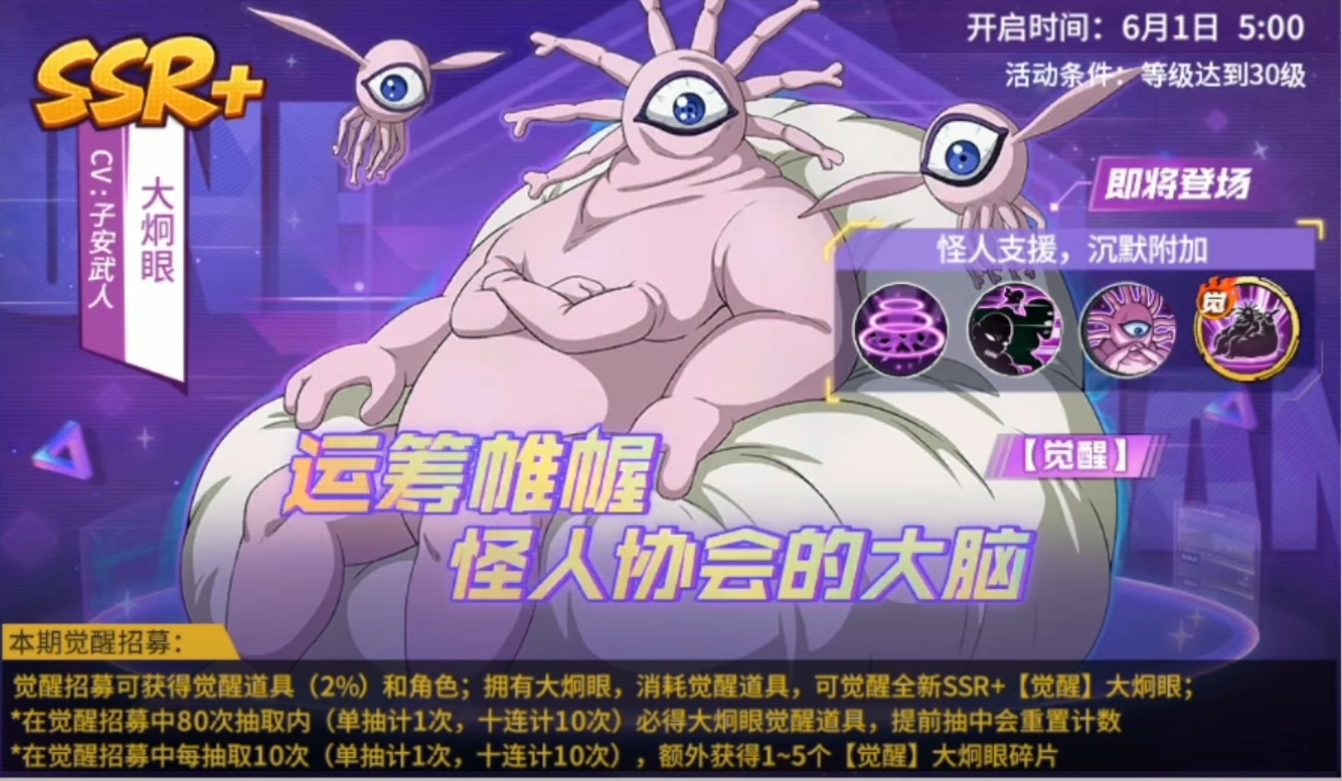 Basic: Heals an ally by 150% ATK
Ultimate: Deals 5 consecutive attacks to all targets, dealing damage by 160% ATK. Has a 100% chance to inflict [Silence] on the main target and 1 random enemy for 1 round (Unable to perform [Ultimate], but [Ultimate Follow-up] will not be affected
Passive: After any character’s action, if a support dies, launches [Ultimate Follow-up] (80% damage and effect). Permanently grants 60% Non-Crit DMG Free (effective for all types of DMG, cannot co-exist with [Agility])

Awaken Passive: When battle begins, summons 1 Candle Monster for itself and ally in the same column separately. (Unable to summon if ally has more support characters than Gyoro-gyoro). Candle Monster will inherit 100% basic ATK of Gyoro-gyoro. After any character’s action, every Candle Monster has a 50% chance to launch [Follow-up] against any enemy which is not in any [Unyielding] state, dealing damage by 150% ATK. After Candle Monster moves 4 times or [Self-detonation] when Gyoro-gyoro is defeated, deals 200% ATK to 3 random enemies.

1. [Silence] cannot be stacked. Faster character is unable to perform Ultimate in the next round.
2. Formal set works for [Silence]
3. Gyoro’s [Ultimate Follow-up] only triggers once per round and only if the support character dies. (CE+ dog does not die so it is not counted)
4. [Ultimate Follow-up] can also inflict [Silence]
5. Silence can be affected by Hit% and Res%
(At present, the beta server is not affected by hit and resistance, but will be tested after the official server is released)
6. Keepsake is recommended if you have characters that summon support
7. [Silence] is removed after [Reborn]