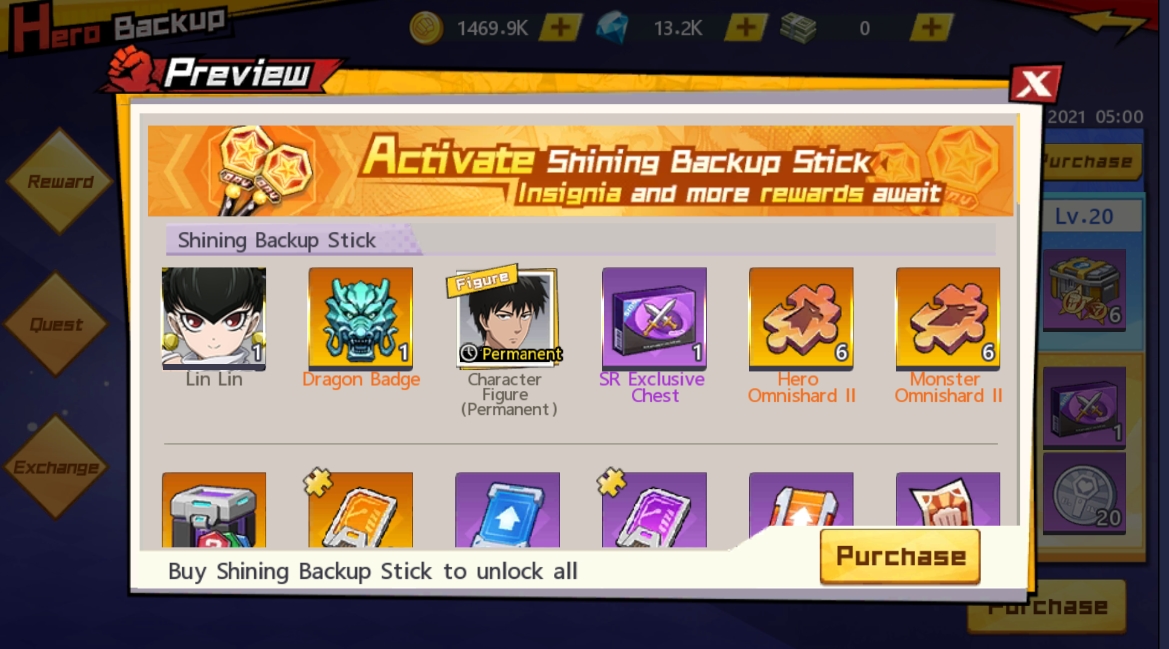 Some of the highlights this time are:

Lin Lin is a new SR unit that deals internal injury (3rd SR to do that, after Bakuzan and technically Choze), and also has healing mechanics which isn’t very common. Her ult heals all allies by 100% of her ATK, and her passive increases all healing by 50% more for 3 rounds.

I guess you can think of her as a Hero Mosquito Girl. The only issue is that you probably won’t be spending much resources in her to make the healing worthwhile, especially since she is also a grappler which means a lack of grappler resources. However, her passive might be useful in certain scenarios when combined with ZBM’s heal, or any other heal for that matter. I am not sure if her passive stacks if Gouketsu’s passive, but assuming if it does, it might be a strong healing cause for cases when you might need it (maybe for PvE like HxM etc).

The backup stick has been proven to be the most worthwhile buy for both F2P and P2W regardless, as you get a ton of useful items like omni shards, tickets, materials, gold etc.

If you are competitive in Live Clash and do not want to be left behind, then the backup stick is mandatory as it is the only place you can get the highest speed rune right now of 45. The last backup stick reward was SPD 42, so you can see that it’s slowly increasing, and F2Ps with the 30 SPD is just going to be the ‘basic’ speed soon.

Just remember that if you buy it, you’ll need to religiously grind the quests, so the game becomes more of a chore than having fun, which may cause some people to actually quit faster!

At the start of the week just reroll your weekly quests to blues/purples level, and those that are actually doable. Then just grind and complete them every week.

TIPS: As a F2P you would also have saved up some Backup coins from last season, do remember to exchange them under Exchange. Definitely go for omnishards.