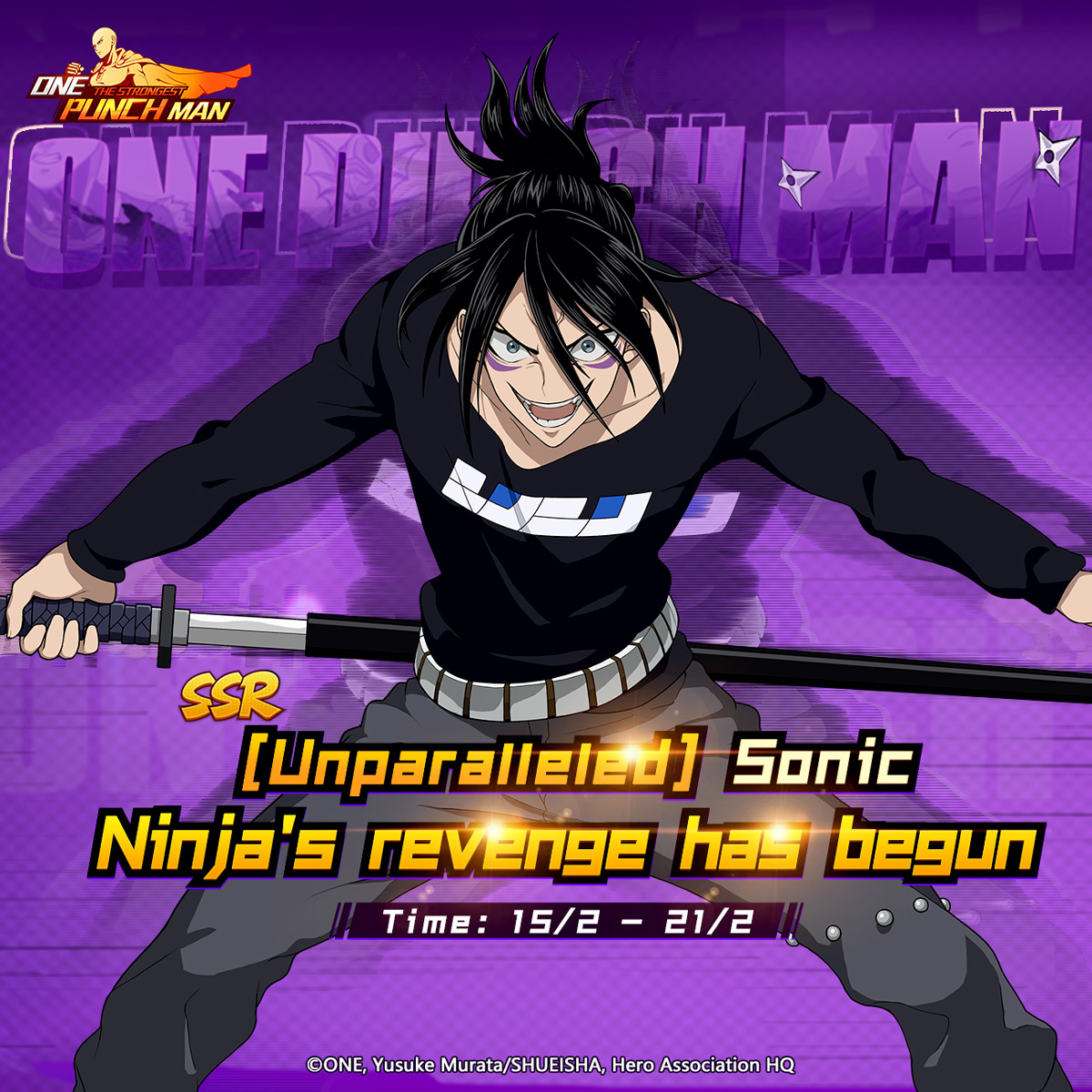 F2P: I would not recommend as it’s quite late to extreme train him. If you intend to pull King+ then all the more you can skip Sonic.

Role: High single-target DPS / Shields / Speed boost / Self-heals
Type: Duelist / Outlaw (Outlaw)
Meta Duration:
The meta is considerably long because he has so many uses. Before SSR+, he is a powerhouse in killing the backline with his ult. Later on when he is 5* and when much stronger SSR+ comes out, he will mainly be used as support for the spd boost and shields. If you are not planning to get SSR+King, then you’ll probably want Sonic at least (need 1 speed booster).

Murata revealed during a stream that Sonic and Flashy Flash are “somewhat” related. Chapters 78 and 98 later confirmed this directly, revealing that the two were from the Ninja Village’s 44th graduation class, “The End.”