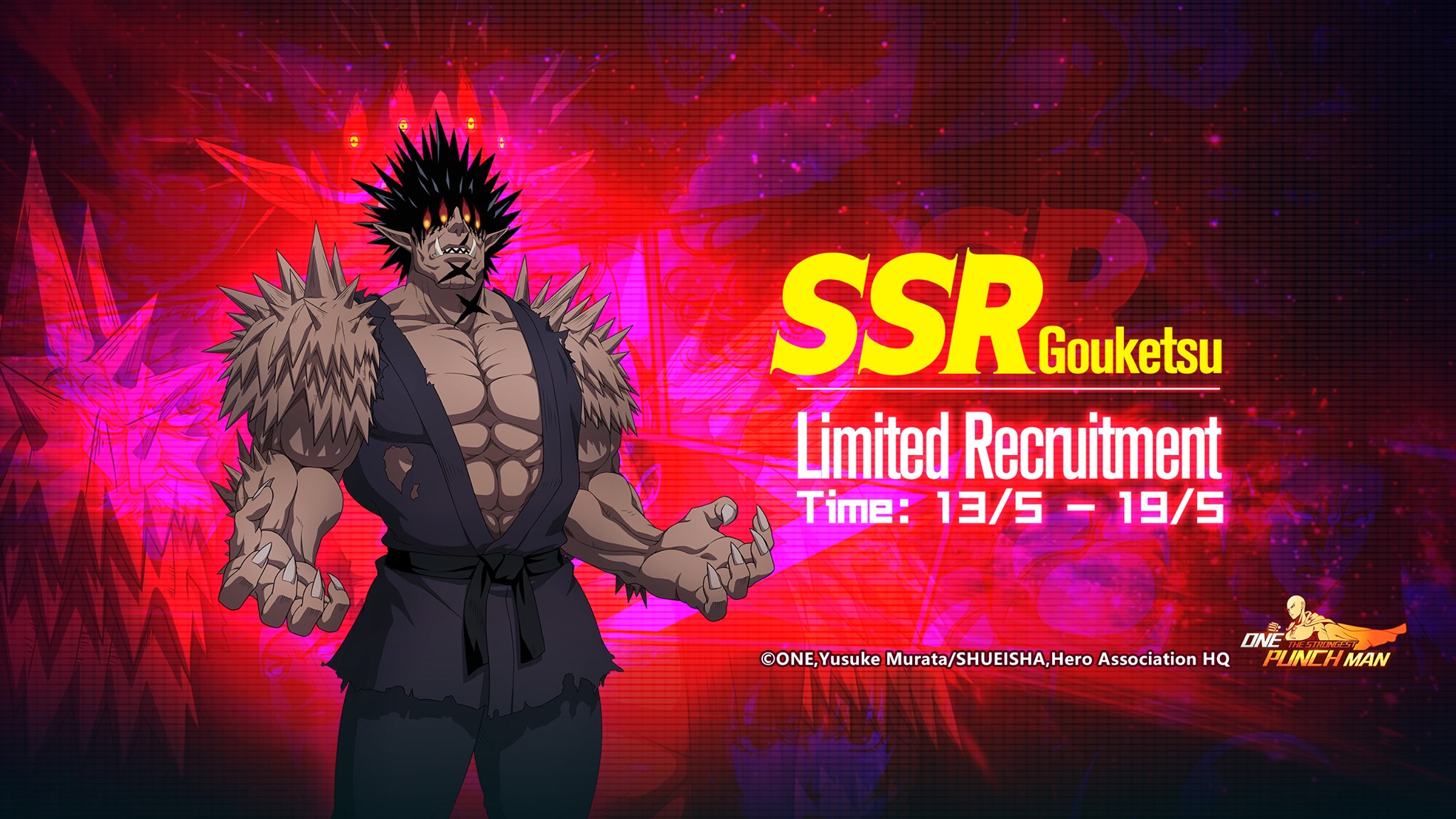 F2P:
Skip. A lot of powerhouses coming up soon like RMG and ATT.
Pull him if…

Role: AoE DPS / Pseudo tank / Self-heal / Tenacity+Healing support Boost
Type: Grappler / Monster
Meta Duration: On the way out of meta. It still has uses for being a tank/support now instead of DPS.

At this stage of the game, Gouketsu is slowly being relegated to a tank/support role, because Genos has taken over as the King of AOE DPS.

Genos and Gouketsu have a love-hate relationship. Genos counters Gou if he has high crit and can easily one-shot Gou if he has super high hp. On the other hand, Gou counters Genos in the way of providing tenacity and healing rate boost for his team making it harder for the enemy Genos to one-shot the team, especially when combined with TTM or SF.

However if you pulled Genos, chances are you are shifting all your SACs into him, so Gouketsu won’t have enough SACs to deal massive AOE DPS. In fact to be honest, most F2Ps don’t even pump Gouketsu high enough for him to deal crazy aoe dmg that can one-shot the enemy anyway. As such, it’s much better to use him as a tank and support now, stacking HP gear on him and using him as a counter for Genos and an overall hardy tank.

If you focus on monster he is definitely a must have, although you better have enough BTs for RMG saved!

His KS is just an increase in his ult damage. If you’re running a tank Gou then skip. If you focus on Monster side, you kind of need his KS to continue reigning there (whales only).

F2P just skip it and go for RMG.

Gouketsu was able to identify the strength of others. He identified the transformed Bakuzan as a Dragon-level threat, and noted that Suiryu could be an executive member of the Monster Association if he consumed a monster cell.