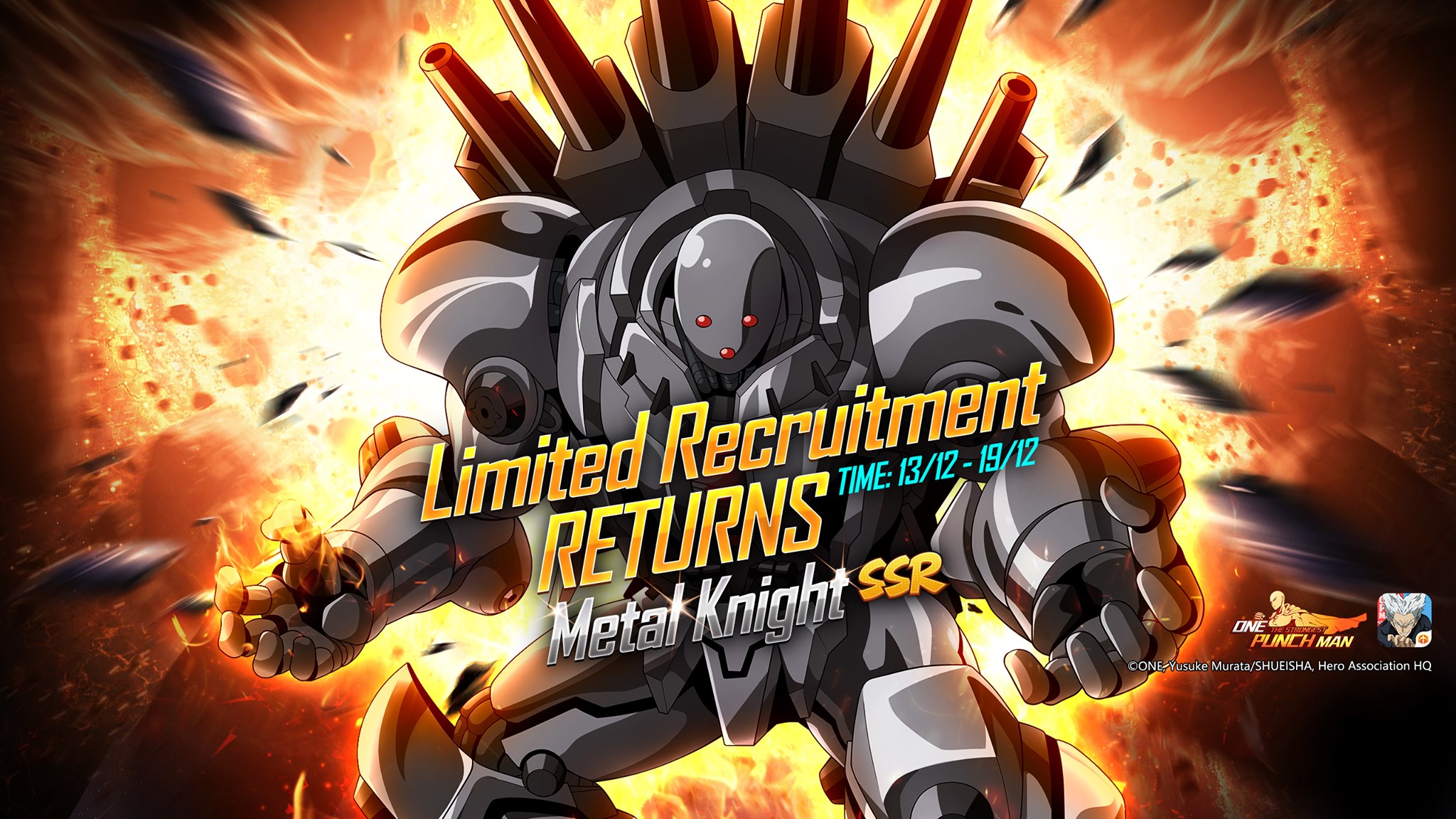 F2P: Skip
P2W: Skip (Get if you need for figurine and live clash if you missed it previously for some reason)

SO WHY METAL KNIGHT?

It’s actually a very easy skip if you don’t have him.

Not a lot of Hi-Tech units in the game, so you’ll have plenty of resources to level him.

His passive is similar to Groribas, increasing your team’s atk up to 30% max when enemies are injured, as well as weakening them. All in all a very good debuff especially for live clash.

Fastest base SPD of 100 in the game so far (for released units) if I’m not wrong (except for Mumen and his bicycle), so still slightly useful for live clash and zombieman meta when you put your fastest spd rune on him. However, there are better units that can and will replace him soon, like Garou, Gouketsu etc.

Going out of meta soon; there are much better units out there that will overshadow him.

Not worth the omni shards to level him, and you should have better units to put for Extreme Challenge (ZBM, Garou etc)

Needs to go first for maximum benefit due to his passive, hence expensive investment of SPD gears. This is assuming you’re using MK to proc the injuries. If you’re using someone else like TT to injure, then it’s fine if MK goes slower and TT goes first.

That Metal Knight is just one of the many remote robots that Dr. Bofoi controls. He is confirmed to have at least 100 robots, which consists of various types such as Battle Robots, Reconnaissance Robots, Construction Robots and more.