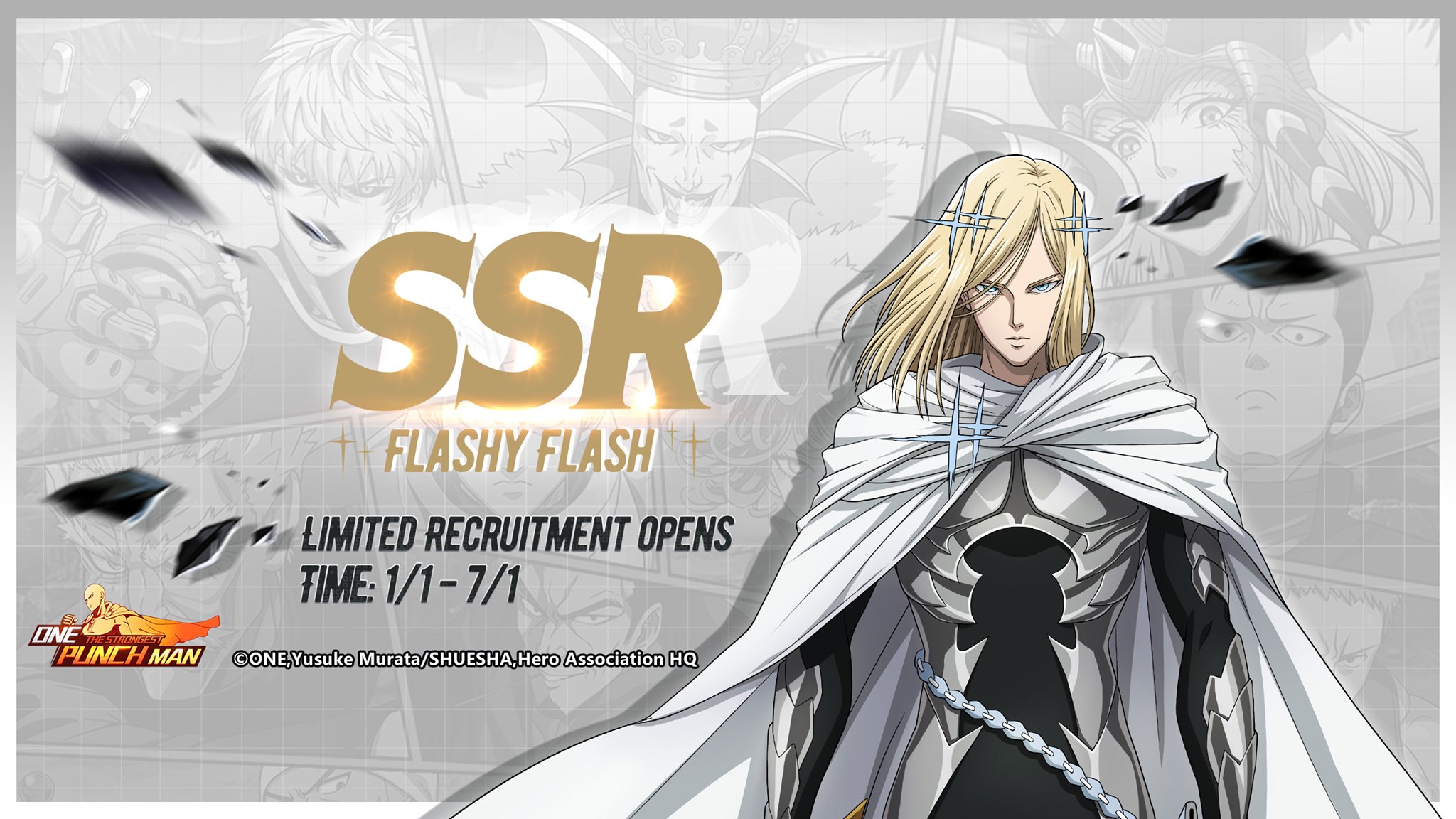 Role: Row DPS / Follow-up DPS / Tenacity
Type: Duelist / Hero
Meta Duration: Until Gyoro-Espers meta take over. PVE-wise he might still be useful for certain content (like Hero-only teams) due to his follow-up, especially when paired with AS.

SO WHY FLASHY FLASH?

As you can see his cons are already way longer than his pros. It’s not that he’s bad, it’s just that BTs and funds are limited, and there are better LSSRs out there. Of course if you’re a whale, do anything you like. However if you would like to be efficient with your money as well, I suggest skipping him, or you can just get him for the figurine + Live Clash.

Flashy Flash is the first S-Class hero shown to defeat a categorized Dragon-level Mysterious Being on his own, given that Melzargard was defeated by the combined efforts of Bang, Metal Bat, Atomic Samurai, and Puri-Puri Prisoner, and every other Dragon-level monster prior was defeated by Saitama. He is also the former top ninja of the 44th graduating class of the village that Speed-o’-Sound Sonic hails from.