PHOENIXMAN: SHOULD YOU PULL? (Comeback Jun 2021) 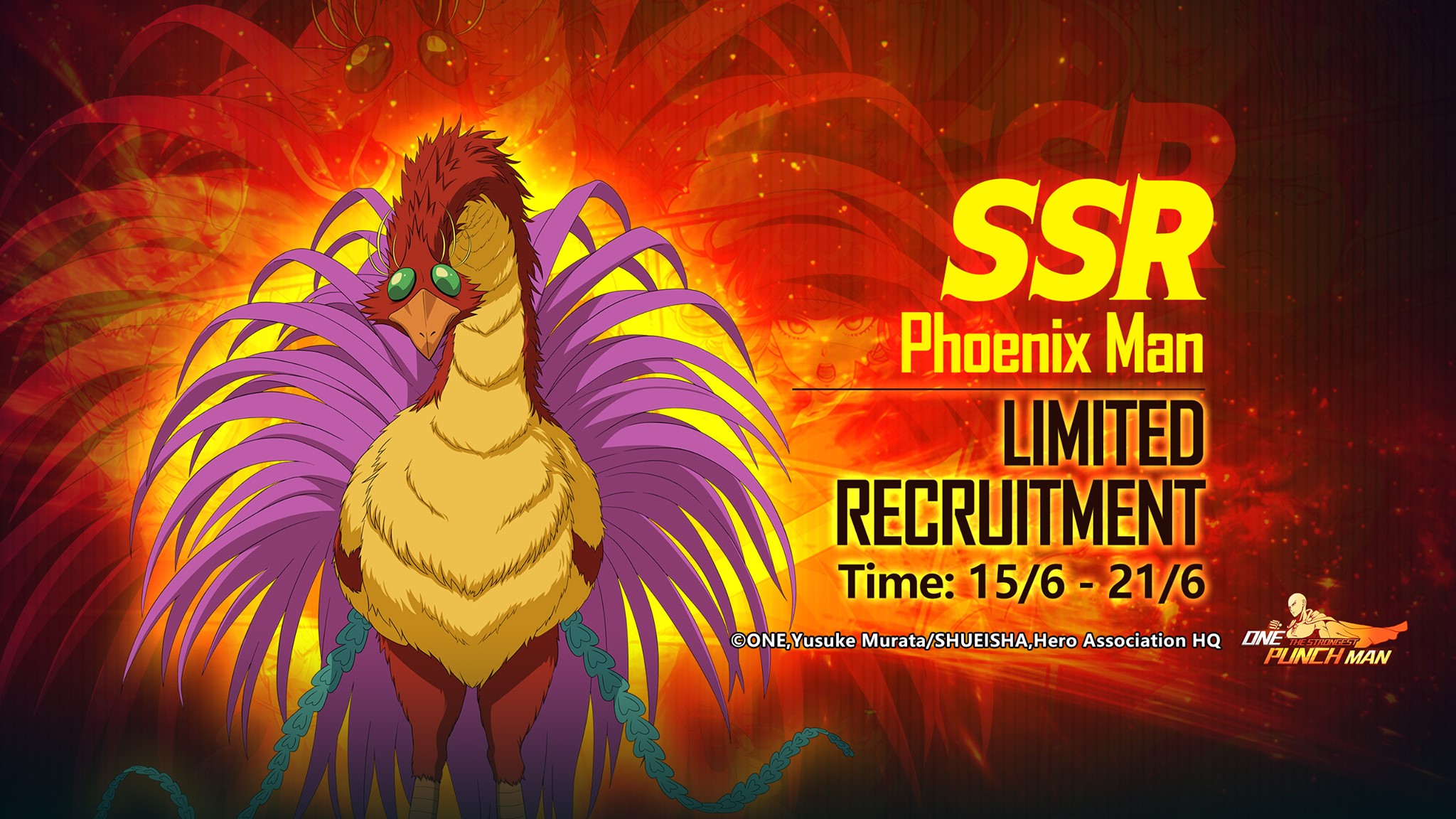 F2P:
Skip. A little of out meta, and the upcoming LSSRs are more important.
Pull him if…

Phoenixman is one of those units where he’s just useful in almost any situation, just that as F2P you need to save up BTs for the essential units. Why I say going out of meta is because there are better LSSRs coming, not because he’s bad. All the upcoming LSSRs are pretty strong, which is why I wouldn’t recommend pulling PXM. There’s WDM, ATT, SSR Amai, and Bomb core, lots of BTs to save up for within a short period. Using Gyoro core, RMG and ATT, the 3 Esper slots are already filled. You can definitely use PXM and have 4 Espers but you have less space for your other strong units, like Genos, WDM or Amai.

As an F2P you’re better off investing in Boros because he still has PVE value, and he synergizes well with GG and RMG in PVP too (due to his passive and self-heals when GG/RMG heals). You probably won’t have enough resources to invest in PXM if you pull him to make him viable.

However, if you focus on monster he is definitely a must have! He’s the only unit on monster side to have unyielding and he hits like a truck when geared properly. Monster side also uses Gyoro core for a long time so PXM will be a staple choice.

Phoenix Man holds a great deal of respect for powerful individuals who wear costumes. This is one of the reasons why he wanted Child Emperor to join him, since he saw the hero as someone else with a powerful costume, as well as Watchdog Man.