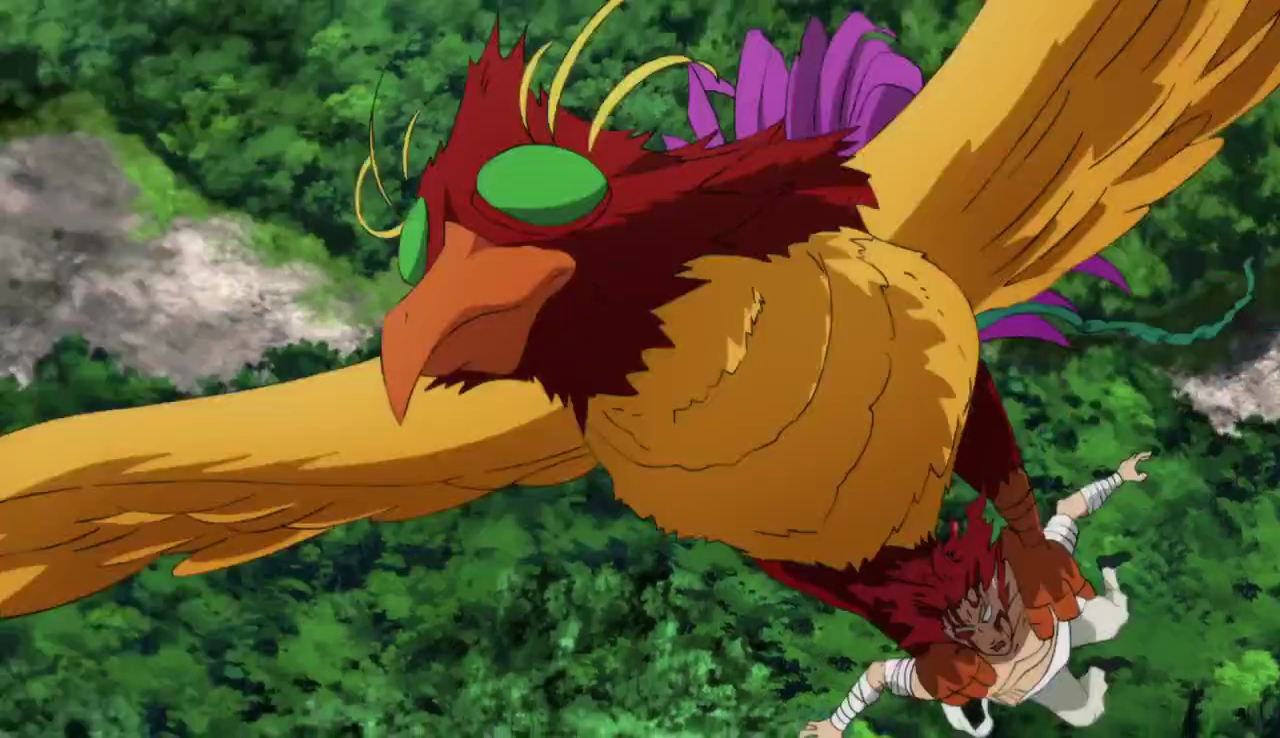 F2P:
Skip and save up for Gyoro and RMG.
Pull him only if you like him so much and focus on monsters team.

Role: Strong Backline DPS / Burn / Revival
Type: Esper / Monster
Meta Duration: At least 3-6 months for the duration of Gyoro core (PvP wise), then drops off during Bomb core. For PvE, Phoenixman will always have his uses in certain situations due to his revive, especially for monster only teams.

Basic: 3-hit, 120% damage to one foe.
Ultimate: Attacks all enemies in the back row dealing 150% Damage and 70% chance of inflicting Burn to enemies hit by phoenix air strike. (Burn damage is 100% ATK Stat of Phoenix).
Passive: Whenever Phoenix Man takes fatal damage, he will be temporarily defeated until his next turn. On Phoenix Man’s next turn, he will revive with 15% of his maximum HP. Can activate up to 3 times per battle. Whenever Phoenix Man deals damage, he will deal additional damage equal to 35% of his missing HP.
Ultra-Ultimate:
Backrow dmg 150% > 180%
Burn rate 70% > 100%
Burn dmg 100% > 120%
Extreme-Passive:
TBC

Suggested gear: Primal (HP, HP%) to get the full potential of his passive. HP/ATK is fine too if you have better pieces for those.

Another case of he’s good just that upcoming LSSRs are better. If not for the back-to-back strong LSSRs, Phoenixman is a very strong unit on its own and would definitely recommend.

Personally, I am skipping as I am saving for Gyoro/RMG for now!

It’s shown that Phoenix Man was, in fact, a regular person, and his costume was the source of all of his powers. The costume was immensely powerful, as it gave him all of the abilities of a phoenix. However, it’s revealed that without the costume, his power was that of an ordinary human.