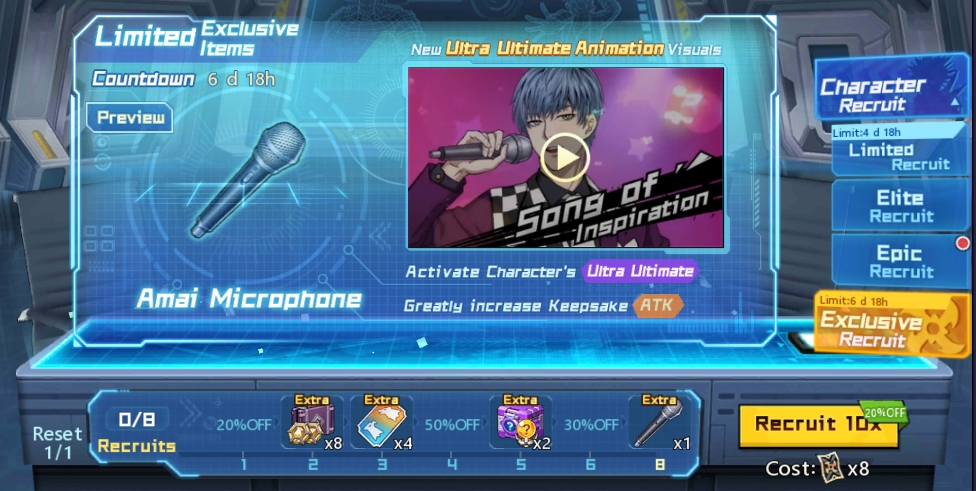 Whales: Definitely if you want to stay competitive in PVP for at least 4-6 months, as the next speed boost is Sonic.

You must be wondering why SSR Amai’s KS is released together with his debut, and why is this such a big deal? SEA is actually late for this. CN started releasing KS together with the debut of LSSR since RMG so it’s not a surprise. The surprise was SEA sold RMG’s KS for real money which caused an uproar, and did not release KS at debut… until now.

What this means is that from now on (assuming they follow CN system), the KS will continue to release at debut of LSSR, and there will be no more ‘comeback’ KS and waiting for 3 months. So for eg when Bomb launches in Nov, his KS will also be launched. And there will not be any KS during Bomb’s comeback. However, for those LSSR KS which has yet to be released, it will still be in the schedule, so ATT will be the last ‘comeback’ KS.

This makes it way harder for an F2P to save up since you don’t have the luxury of waiting and saving for 3 months, but also will keep whales active in the game because they will get bored waiting 3 months just to 5P an LSSR.

Although there will no longer be comeback KS, CN servers will start releasing LSSR KS in a variety of ways, such as Claw Machine, and even in Backup stick (exchange with bracelets).

PULL OR NO PULL?

For F2P is obviously a no because you need to get RMG/ATT KS. Amai is mainly for PVP, and PVP doesn’t reward much as compared to PVE, especially for F2Ps. And even if you did get his KS, I’m 100% sure that a whale’s SSR Amai will be faster than you, rendering your Amai w KS useless. So don’t pull lah.

For whales, if you want to stay competitive in PVP, then it’s a must. The next ally speed boost is Sonic in 4 months, and he needs 5* so another 1-2 months of extreme training. Hence the meta for Amai is 4-6 months. If you don’t mind waiting that long and getting out-sped by your other competitors, then by all means go ahead.

If you want to know how Black Shuriken works and how to pull in the Exclusive Recruit, check out the guide here.