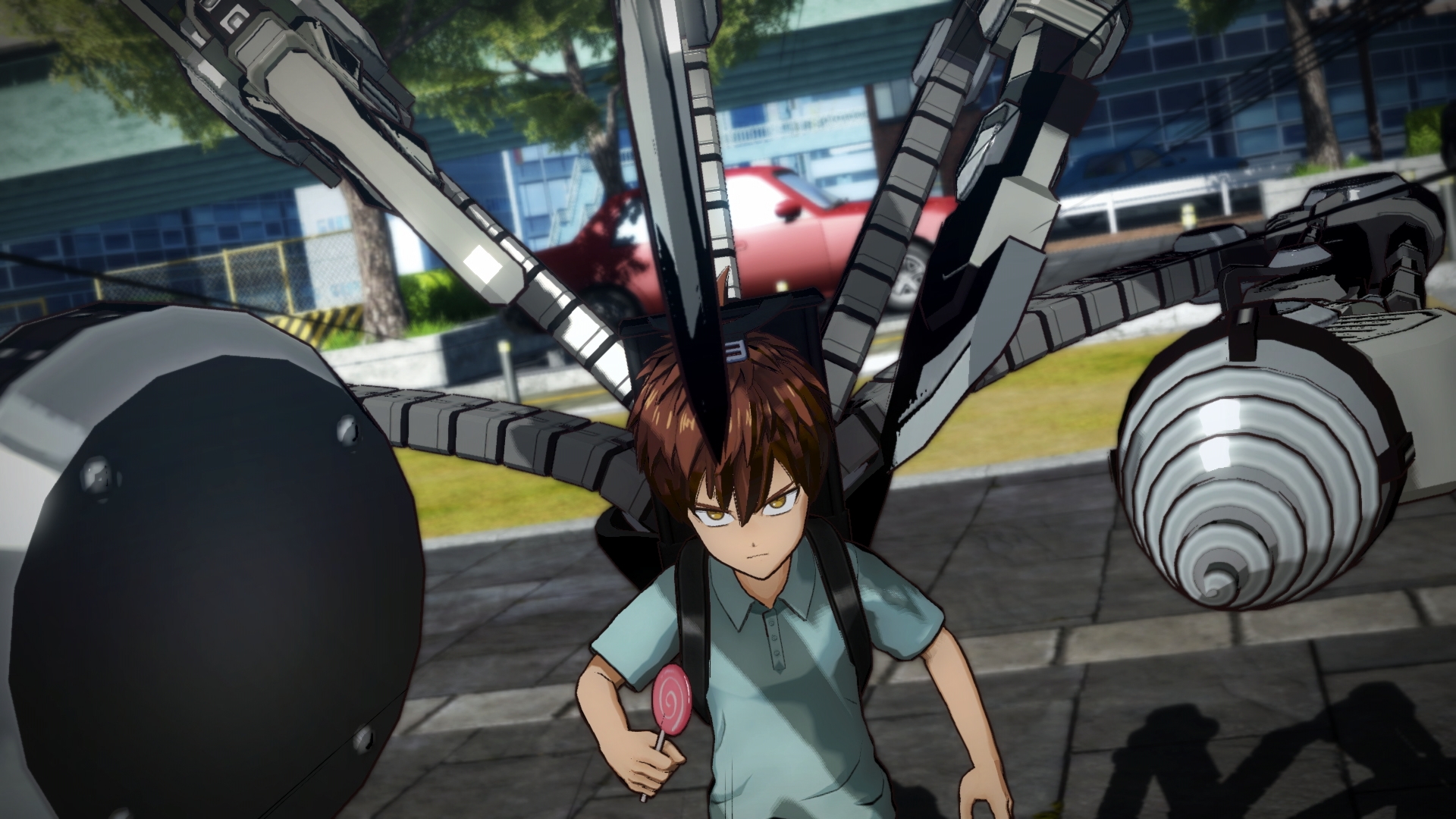 F2P: If you’re low on BTs, then I would not recommend CE as there are better upcoming SSR+. However if you have spare, then go ahead! All the SSR+s are strong in their own way. Just make sure to at least save for Geryu core.

This is the start of the SSR+ era, and there is also a different drawing mechanism. Here’s a guide on how that works!

As an F2P, it is too expensive to Awaken Passive 2 any SSR+, so I will not talk about that. I would rather you pull multiple SSR+ units than to AP2 one SSR+.

Role: AOE DPS / Row Support (anti-debuff + crit) / Follow-up with Doggo / Heals via Doggo / Reduce Max HP
Type: Hi-Tech / Hero (S2)
Meta Duration:
If you’re using him as main AOE DPS, then pretty long! Due to his Follow-up and heals and buffs, he is still very much usable in all content. It really depends more on what SSR+ you plan to pull in future that might replace him.

Basic: 2 hit single target for 120% ATK
Ultimate: 5 hit AOE of 250% ATK and reduces max HP by 20% of all enemies for 2 rounds.
Passive: At start of battle, increases 25% crit rate to self and same row for 2 rounds. Grants permanent immunity to burn/force field/injury/internal injury to self and his row.*
SSR+ Awaken Passive: At start of battle, summon robot dog (100% ATK of CE). After allies take action, robot dog will followup on lowest HP enemy (200% ATK) as EXTRA DMG and heal lowest HP allt by 25% HP.

*NOTE: I want to point out that in the game album itself which you can also check, it says that he only grants himself the immunity against debuffs, not his row. However in CN, it also applies to his row, so this might just be a typo. However if it’s not, then his value will seriously fall off. We can only confirm when he is out. Looks like it’s properly updated now and extends correctly to his row. 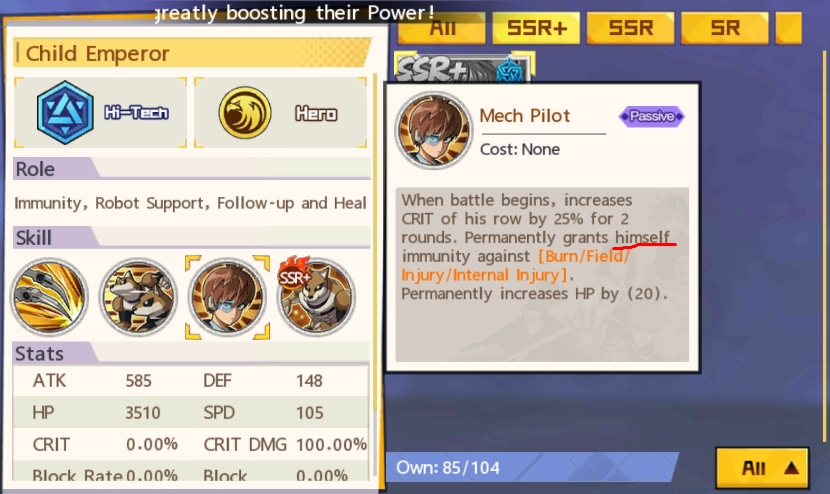 I’m a simple man, if I have a lot of BTs, I will definitely pull him. However as F2P, you need to decide what you really like and want to focus on. It’s totally ok if you want to pull CE, just know that you will have to sacrifice other units in this case.

Personally I am skipping (because I pulled Sonic for the speed so not a lot of BTs), and will save up for CK and Geryu at least.

An Underdog Man appears as a dog-like humanoid robot and is given orders by Child Emperor remotely. Underdog Man No. 22 was destroyed during his fight against Eyesight. They come from small black balls out of Child Emperor’s backpack and morph into the robot.