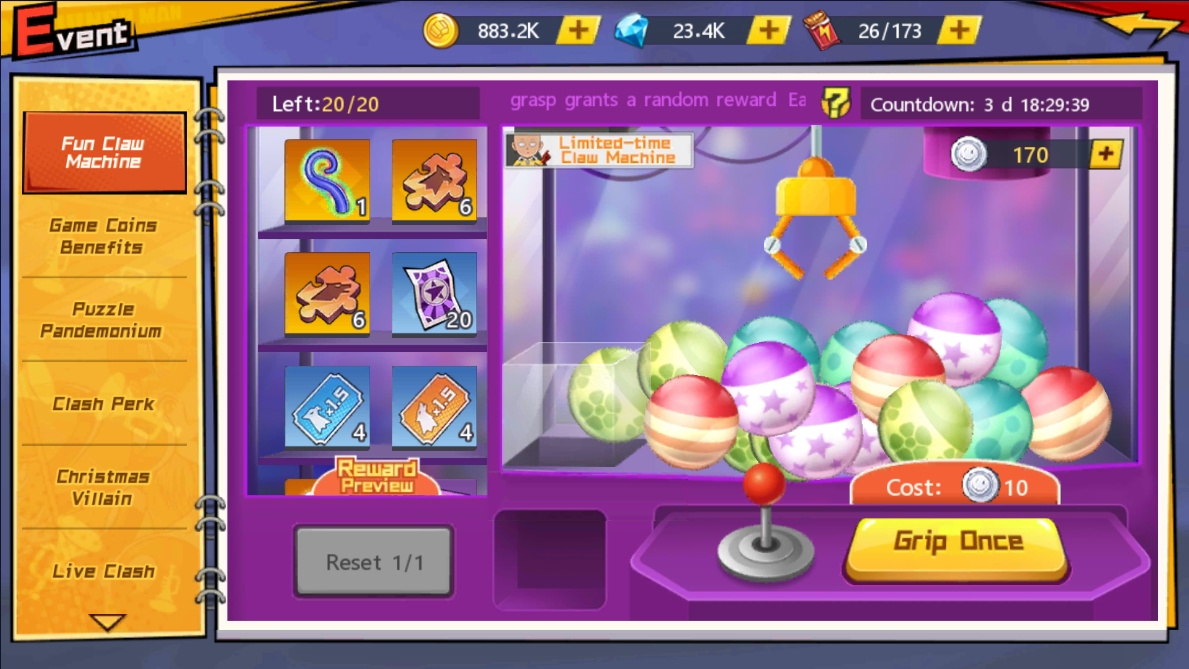 The KS event for this month is the Claw Machine, and 2 KS available, Geryu and PPP. It will start on 27 Dec.

Skip both. If you have too much diamonds and focus on PvP, Geryu KS is not too bad. Skip PPP KS and buy from Peak Arena.
If you’re a whale you can draw for the other rewards (eg omnishards, tickets etc)

Let’s take a look at the Ultra-Ultimates!

Ultimate: Attacks each enemy in a row with 5 consecutive strikes that deal 130% ATK dmg, and afflicting the enemies with Fear (seals 1 energy for 1 round)
Ultra-Ultimate:
Dmg 130% > 165%
Seals 1 energy > 2 energy

Geryu KS is actually pretty good for PvP, especially if you don’t have King. With KS, he will now seal 2 energy. He is also a monster-esper type, so he can fit in well with Gyoro core soon. However it’s practically useless in PvE.

PPP KS is also very good, for both PvP and PvE. A highly levelled and geared PPP with KS can easily destroy the opponent’s backline. He is also useful for certain PvE niche scenarios due to his 50% weaken, like Boros club boss and HxM etc. HOWEVER, as you can slowly save up and purchase his KS from Peak Arena eventually, I would not suggest drawing his KS in the claw machine.