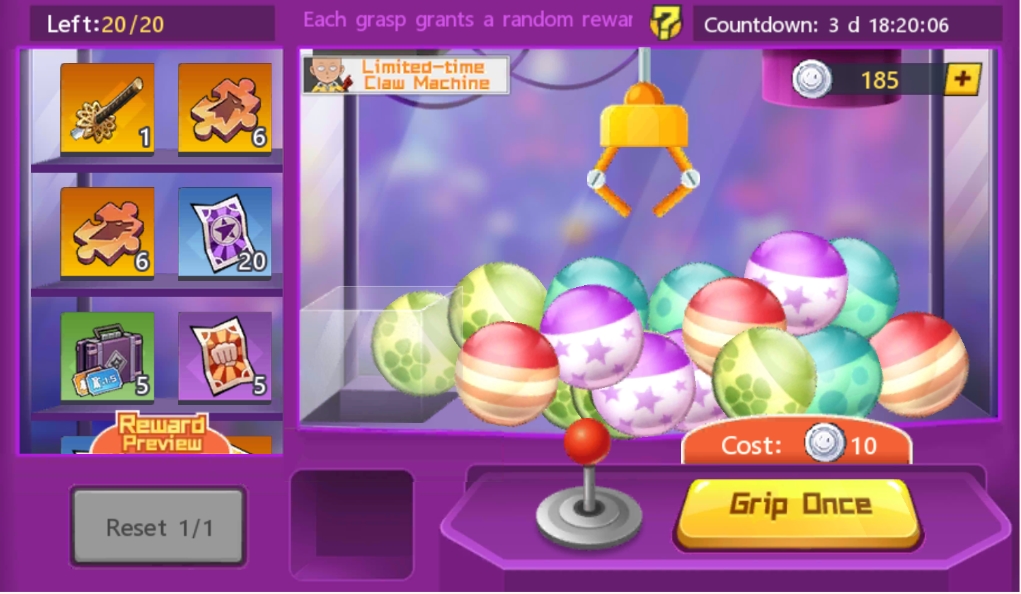 The KS event for this month is the Claw Machine, and 2 KS available, AS and STK. It will start on 25 Feb. It was CE instead of STK previously, so I’m not sure what they are up to but goes to show the miscommunication within the company.

Skip both lol. Both out of meta. Save your gems for better KS and events, like the Lantern Event we just had for CK/TTM KS! And it was even cheaper than the claw machine. If you really want STK’s KS for some reason it’s available at Peak Arena so even more reason not to get it here.

If you’re a whale you can draw for the other rewards (eg omnishards, tickets etc)

Let’s take a look at the Ultra-Ultimates!

Ultimate: Attacks all enemies with 5 consecutive strikes for 100% ATK dmg, First phase ATK has a 50% chance to make the target Shatter for 2 rounds (receive 30% more dmg)

CE (was CE previously but got swapped to STK suddenly)

Ultimate: Attacks each enemy in a row with 5 consecutive strikes that deal 130% ATK dmg. Has a 50% chance to afflict the main target with Stun for 1 round (cannot take action and this effect is not affected by Hit). Dealing Crit dmg afflicts the target with Shatter for 2 rounds (receives 30% more dmg).

Nothing much to talk about, both are an easy skip.