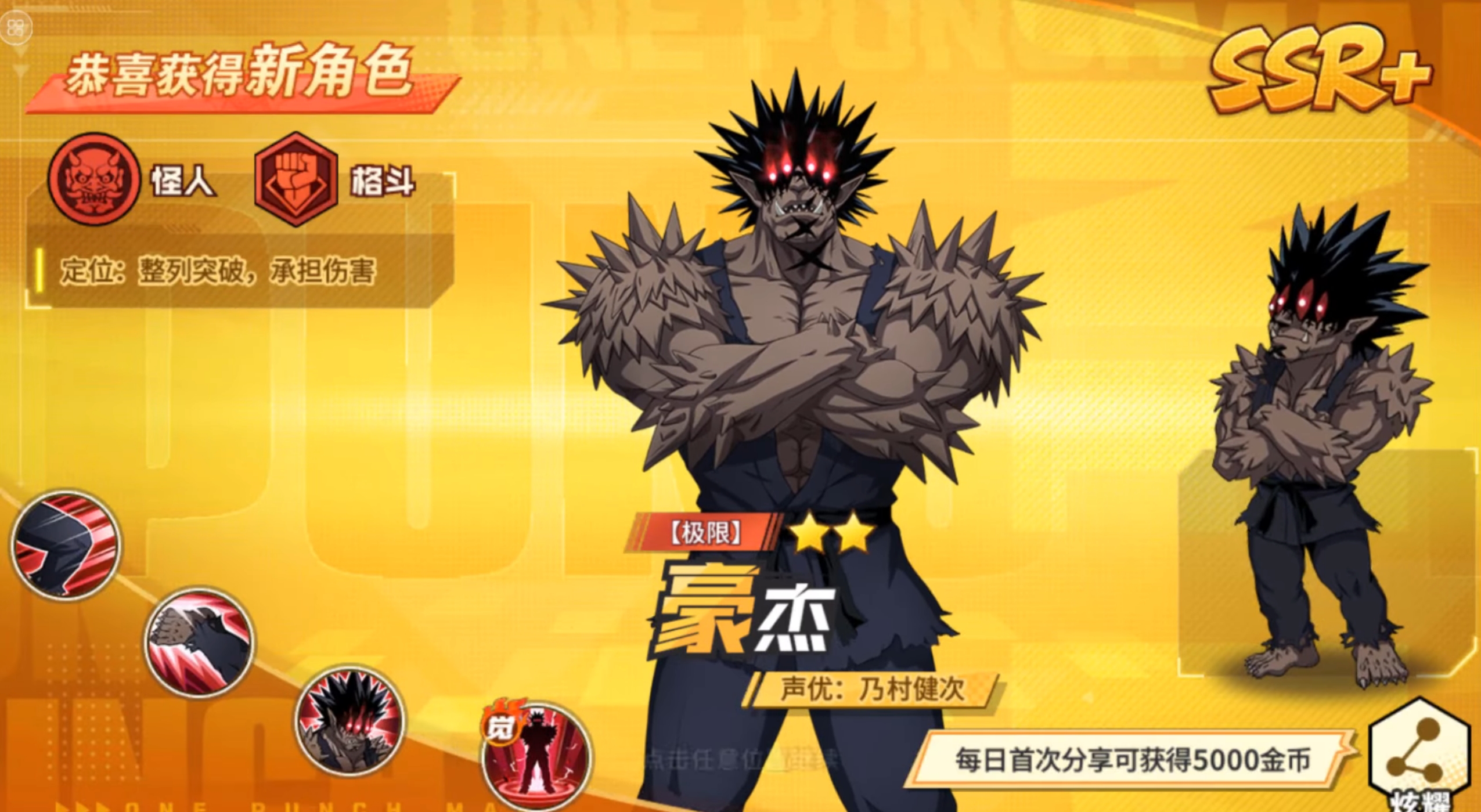 Basic: 120% ATK single target
Ultimate: Attacks enemies in a column with 3 consecutive strikes, dealing DMG of 150% ATK and 42% MAX HP. Triggers [Breakthrough] (cancels normal and special unyielding effect). Trigger once on each target in an attack.
Passive: When battle begins, permanently increases self MAX HP by 100%, recovers 50% of MAX HP (Basically another ACK). Before next round begins, recovers 50% of MAX HP. Before any unit moves, remove [Stun] from an ally. (Up to 2 times per round)

Awaken Passive: When battle begins, summons 1 crow (400% of Gouketsu’s original HP). One of them will share 85% damage for allies in Gouketsu’s row. After consuming all HP, deals EXTRA DMG by 30% of its Max HP to 3 random enemies which are not in any [Unyielding] state. Reduces main target’s [Enhanced Unyielding] state by 2 actions.